Winnie the Pooh, Tigger, Piglet, Owl, Rabbit, Eeyore, Kanga, Roo, and Christopher Robin return to the beautiful setting of the 100 Acre Wood for the first time since the 2005 film Pooh’s Heffalump Movie. 3 of A.A. Milne’s Winnie the Pooh stories provided inspiration for this charming new Disney movie that audiences will absolutely love. Eeyore has lost his tail, and the animals have a competition for a jar of honey to see who can find the best new tail for Eeyore. Later on, Owl misinterprets a note from Christopher Robin and declares they must rescue the kidnapped Christopher Robin from a frightening Bakson. 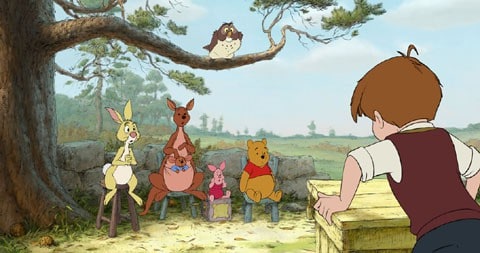 I grew up with Disney’s version of the Winnie the Pooh stories, listening to them as books on tape and watching the shows and movies on the Disney Channel or in the theatre as a child. Now as an adult, I was given the opportunity to watch the new Winnie the Pooh movie during my trip to Los Angeles. On its own, I loved the movie, but what made it even more dear to me was seeing the exact room and office space where this movie was conceived by directors Don Hall and Stephen Anderson. They truly returned to the roots of the beloved A.A. Milne classics to make this story come alive.

Winnie the Pooh is a combination of hand drawn and computer animation, and is very reminiscent of the early films that I remember watching in my childhood. If someone who had never seen Winnie the Pooh before watched the new one and the old featurettes, I truly don’t think the person could tell which came first; though it’s a 2011 film, it has a timeless quality to it.

The familiar theme song for Winnie the Pooh is beautifully sung by Zooey Deschanel, who also wrote several new songs for the film. The songs are a bit modern, but I felt they fit well with the movie.

WInnie the Pooh will appeal to audiences of any age; the children will love the stuffed characters coming to life, and the parents will laugh out loud at the absurdity of the situations the animals get themselves into. Watching this movie made me want to fall in love with Winnie the Pooh all over again. I’ve since bought the entire collection of Winnie the Pooh stories and poems by A.A. Milne so that I can share them with my daughter.

*Disney provided me with an all expenses paid trip to Los Angeles to see a special screening of Winnie the Pooh. All thoughts expressed in this review are my own.* 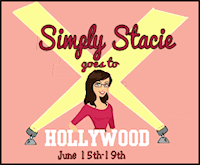