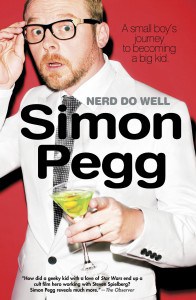 Title: Nerd Do Well: A Small Boys Journey to Becoming a Big Kid

Simon Pegg has written a unique autobiography. Just when his tales of his school days might be causing some feelings of boredom, he inserts a chapter of his own fictional spy story. He readily admits he wanted to write a novel. His editor had other ideas, so he compromised and snuck his somewhat campy yarn in between the stories of Stratford and his obsession with Star Wars movies.

From his earliest days and experiences with the theatre – his mother and father were actors and musicians, their divorce and his mother’s remarriage, Simon Pegg doesn’t hold much back. He seems to give himself over to telling you about his personal experiences, including his first crushes, his giddy experiences watching zombie movies as a teen and his eventual breaking into the movie business. Creating Shaun of the Dead and Hot Fuzz were stepping stones for him, allowing him to meet several of his childhood heroes, including George Romero (director of Dawn of the Dead), Stephen Speilberg and George Lucas. Getting the opportunity to do the new Star Trek, another of his childhood favorites, was a surreal experience and having the opportunity to meet Leonard Nimoy was one of my favorite anecdotes he wrote of.

Honestly though, I was more entertained by his work of fiction where he is the super hot, super intelligent, super spy. Travelling the world and stopping the evil Lord Black from destroying the world, he teams up with the Scarlet Panther, aka his French lover Murielle. Taking along his robotic sidekick/butler for the ride. I would probably buy an expanded version of this story if he went ahead and wrote it. This story had adventure, comedy and some moments of true action. It might be easily converted into a movie and I wouldn’t be surprised to find out that this story line finds it’s way to the big screen.

If you’re a fan of Simon Pegg and you want to know more about him (and his quirky sense of humor), then pick up this book and dive in. You might be surprised at what you find. Thoroughly enjoyable. 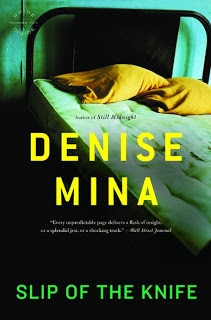 Book Review | Slip of the Knife by Denise Mina 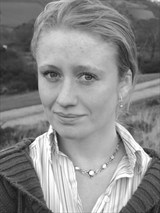 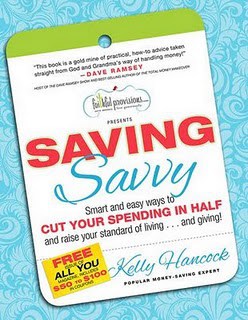