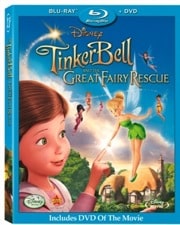 What would you do if you met a fairy? Witness the historic moment when Tinker Bell first meets a human being…and it’s not who you think.

Years before meeting Wendy and the Lost Boys, Tinker Bell met Lizzy, a little girl with a steadfast belief in the power of pixie dust and the magic land of fairies. During  the fairies’ summer visit to flowering meadows of England, two very different worlds unite for the first time and Tink develops a special bond with a curious child in need of a friend. As her fellow fairies launch a daring rescue, Tinker Bell takes a huge risk, putting her own safety and the future of all fairykind in jeopardy.

Experience Disney’s astonishing all-new movie about the true power of faith and friendship. Bursting with excitement and imagination. Tinker Bell and the Great Fairy Rescue is magical entertainment for the whole family. You might even learn to fly. 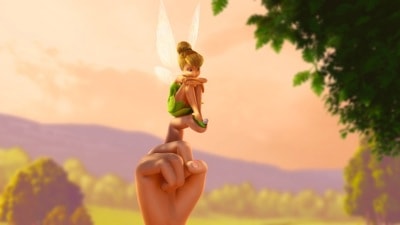 How could I have never seen the original Tinker Bell movie? I love fairies and Peter Pan was one of my favourite stories growing up. Tinker Bell and the Great Fairy Rescue was FANTASTIC! I was blown away by it and loved every second! The story, the music, the characters (love those fairies) and especially the animation- WOW! 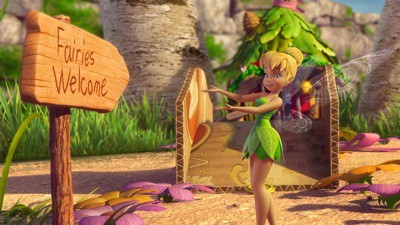 This was not a typical Disney movie and the animation was so amazing! We watched it on our big screen TV and it was so vivid and detailed. It was like 3D, but without the glasses. The scenery was beautiful. It was exactly what I would expect from a fairytale- the places that dreams are made.

I was captivated right from the beginning.  The best parts were when Tinker Bell was teaching the little girl, Lizzie, how to fly. I remember how badly I wanted to be able to fly when I was a little girl. I used to imagine what it would be like and this scene in the movie brought back those fond childhood memories for me. Imagine the freedom! You could feel Lizzie’s delight and excitement when she discovered she was flying! Ohhh those pink clouds- how breathtaking they were!

I felt sorry for the little girl, Lizzie, because she was so lonely. Her dad was too busy with his work and didn’t pay much attention to her. She wanted so badly for her dad to listen to her and believe her when she told him that fairies were real. It broke my heart when she tried to get him to read her “scientific research” on fairies and he just brushed her aside. I was happy that she had found a new friend in Tinker Bell. It was cute to see them try to communicate since Lizzie only heard bells jingling when Tinker Bell spoke! 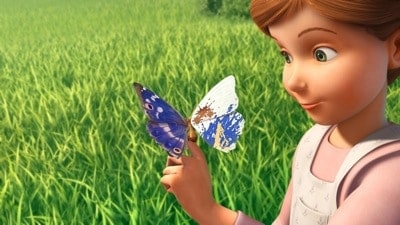 I also enjoyed the scenes where the fairies were coming to rescue Tinker Bell from the “human house”. They were at a disadvantage with the rain because they couldn’t fly! It reminded me of that movie, “Honey I Shrunk the Kids”, where everything appears huge and is treacherous when you are only pint sized like the fairies. Their adventures down the “river”, in the mud and with the house cat were exciting! I laughed so hard at the scenes with the cat!! How smart those fairies were to get it to leave them alone and what they did had me cracking up. I am chuckling now just thinking about it.

This is a wonderful movie for the whole family to enjoy. I know that both Bridget and Olivia will definitely get a kick out of it…especially Bridget since she is mischievous just like a fairy. This one is a keeper and well worth buying it in the stores.

I was not financially compensated for this post. I received a sample of the product for review purposes. The opinions are completely my own based on my experience.