Family » Parenting » 10 Things I Learned When I Became a Father

With one month to go in my wife Anna’s second pregnancy I’m about to become a dad all over again. This time around things seem to be going a lot faster. I remember before our daughter Rachel was born we were running around like crazy trying to get the house ready for her. We’re still running around like crazy, only now it’s because we’re chasing after Rachel, a fast-moving two year old. I’m sure we’ll have things ready for our new arrival, but that’s probably just because we already have most of the things we need: crib, changing table, stroller, bottles, bibs, etc. It’s funny to think of myself a “vet” in fatherhood but I did learn some valuable things the first time around. Now as I enter my second tour of infant duty, I thought it might be good to remind myself of the top ten things that kept me sane during the first year of fatherhood and share them with all the other new dads out there. 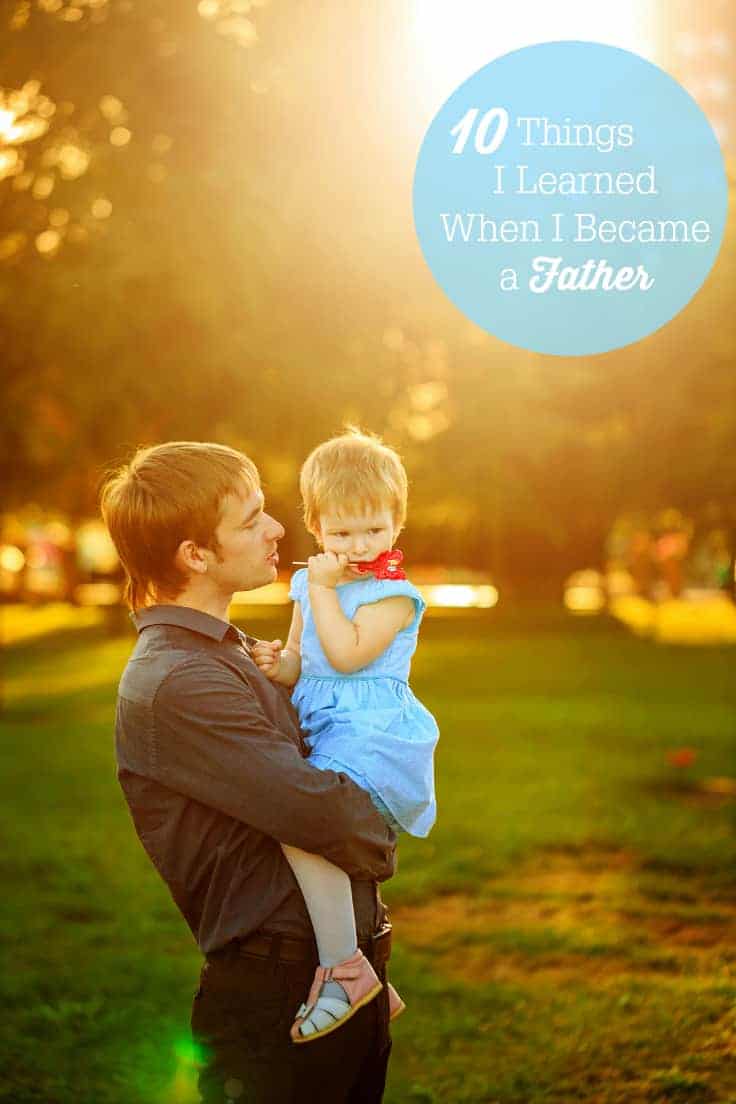 1. Get sleep whenever you can. People worry about how gross it’s going to be to change a diaper.  You get over that after the first day. The much tougher adjustment is working on sleep deprivation . . . which brings me to # 2 . . .

2. Just because you’re not the mommy doesn’t mean you get a free pass on calming down the baby. While it doesn’t make practical sense for both you and mom to be with the baby 24/7, it helps a lot to work out with your spouse a way for you to both feel like you’re sharing the responsibilities. This can be tricky especially if you have a demanding work schedule. The best thing I learned is to figure out a plan and have an open conversation about expectations before any resentment about one person doing more than their fair share creeps in.

3. Accept all hand-me-downs. We’ve learned to accept as much as our closets will hold without any restrictions on style. Even if you get a whole bag of clothes and only wind up using two shirts, those are still two shirts you didn’t have to buy. The other thing to remember is that if you turn down clothes, you risk offending the giver and cutting off your supply chain.

4. Infants are somewhat boring. They’re tiny, cute, precious, but they don’t do much more then eat, cry, sleep, poop, and stare at things. Sometimes you feel like you’re watching a puppy and not a baby. Be patient, slowly they’ll start to give back. I remember feeling like I was worthy of a thousand “Best Dad in the World” mugs the first time I was able to make my daughter smile.

5. Don’t lock yourself inside your house. Like most parents, Anna and I started off being terrified of taking Rachel out of her hermetically-sealed environment. While it is true infants are more susceptible to germs, a lot of parents go overboard and become hermits for the first few months. It was a huge breakthrough for us when we discovered that Rachel actually liked the din of restaurant chatter and that she would even sleep through an entire meal at the local diner.

6. Don’t forget to take pictures. Of course you’ll be snapping photos at the hospital, but it’s important to leave the camera out for other smaller milestones like the first time they wave, crawl, stand up in the crib, or get their first tooth, and of course, their first holidays. Looking back, their time as an infant is so short you have to remind yourself to document all the great moments.

7. Prepare yourself for the fact that most newborns aren’t very cute at first. This is something doctors conveniently fail to discuss in the days before the birth. But it makes sense; think about how you would look if your faced was smushed up in a tiny liquid-filled jar for nine months. Sometimes it takes a little while for all their cute features to emerge and that mildly freaky newborn look to disappear. These days I can’t imagine how any sane person would not conclude that our daughter Rachel is in fact the most beautiful girl in the world, but when she was first born I think that opinion was confined to just me and Anna.

8. Plan out alone time with your spouse. It’s crazy but from here on in — any minute you want alone with your spouse, that’s not within earshot of your little one, has to be planned for well in advance. So now is the time to work out with friends and family arrangements for giving yourselves a break.  It’s also a good time to start calling around other parents to get babysitter recommendations…which leads me to #9 . . .

9. Line up the baby sitter first, and then plan the night out. In the beginning, Anna and would fret so much over whether or not our night out activity was “baby sitter worthy” that we wound up never going out. The problem was that we were setting the bar too high. After a while we realized it doesn’t necessarily matter what we were doing as long as we had time for ourselves. Sometimes we’d just go to dinner or see a movie, and we were always glad we did.

10. The clichés are all true. Yes, the birth of my child was the happiest day of my life apart from my wedding. Yes, I’m turning into my parents. Yes, my baby is growing up so quickly; and yes, becoming a parent has been the most fulfilling and enriching life experience I’ve ever had. When you have children, people will say things like this to you over and over again and now you’ll be able to nod in understanding because you’re part of the dad club too.

© 2010 Rob Sachs, author of What Would Rob Do?: An Irreverent Guide to Surviving Life’s Daily Indignities

Rob Sachs, author of What Would Rob Do?: An Irreverent Guide to Surviving Life’s Daily Indignities, has spent the last ten years as a producer, reporter, and director for NPR shows, including Morning Edition, All Things Considered, and Tell Me More. He created the podcast What Would Rob Do? in 2006 and serves as its host. Connect with him on Twitter and Facebook. 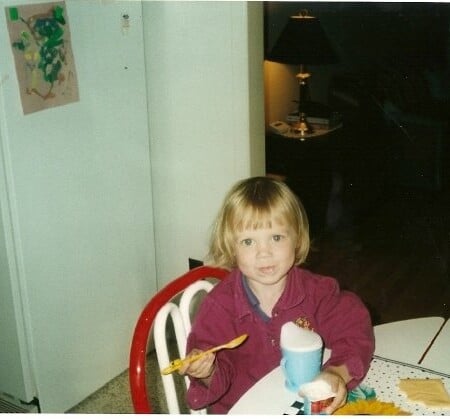 How I Raised a Picky Eater

The Importance of Teachers

Tips for College Students to Help Protect Against Identity Theft