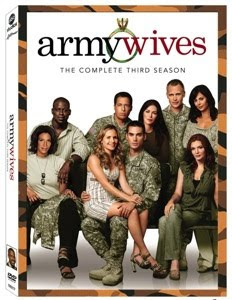 The stirring drama that has won the hearts of fans and critics across America returns to DVD with Army Wives: The Complete Third Season, available February 9, 2010 from Walt Disney Studios Home Entertainment. All eighteen riveting Season Three episodes take viewers inside the lives of five courageous military families on an active Army Reserve Post. A comprehensive five-disc set brings fans every Season Three episode plus behind-the-scenes features, bloopers, and much more.

Starring Kim Delaney (NYPD Blue), Catherine Bell (JAG), Sally Pressman (My Best Friend’s Girl), Brigid Brannagh (Over There) and Sterling K. Brown (Righteous Kill), the highly-praised drama follows the struggles, dreams and relationships of four very different women and one man, as they build their lives and families in the ever-changing environment of the US Army. 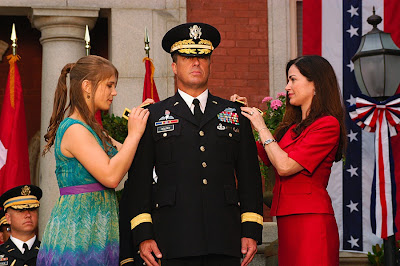 Season Three brings a new year of dramatic changes for the Army Wives. Watch their lives unfold in touching detail as they tackle the challenges faced daily by families on Army Reserve posts around the country. Pamela (Brigid Brannagh) digs in and fights to save her marriage after uncovering a hurtful secret, while the ever-resilient Claudia Joy (Kim Delaney) hides a painful truth of her own. Joan’s (Wendy Davis) struggle with a major decision leads her husband Roland (Sterling K. Brown) to imagine what his life would be like had he taken a different path, and Denise (Catherine Bell) and Frank (Terry Serpico) question the foundation of their relationship in the show’s most important season ever.

Neither John and I hadn’t watched the first two seasons of Army Wives so it took a few episodes for us to figure out who the characters were and learn about the history. We were basically coming into the series with a blind eye. However, after watching we were able to get the gist of what happened in the previous seasons.
Having lived as an army wife for the last 11 years, I could relate to many of the characters. It is isn’t an easy life and I really liked that they focused on some of the issues that I have faced as a military spouse. For example, the fact that the army can call your spouse away at a moment’s notice and you have no idea where he is going or when he is coming back. This was the reality for one of the characters and I know how difficult it is to deal with! I always hated not knowing! The hardships the characters faced were reality and I thought the writers did a fabulous job in creating a powerful, moving series to depict they way life is when you are married to the army. 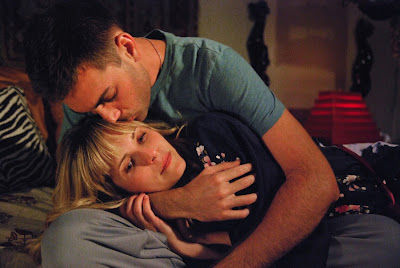 The acting was great and I felt a connection to many of the characters. Some of the situations they faced actually brought me to tears. It is a moving drama and a tear jerker so bring your kleenex when you watch this DVD. Even John liked it and said he would be interested in watching the first two seasons.
It ended with a cliffhanger so now both John and I HAVE to see Season Four. We NEED to know what happens! It’s an excellent series and one that both men and women will enjoy.
Army Wives: The Complete Third Season is priced at $45.99 SRP. 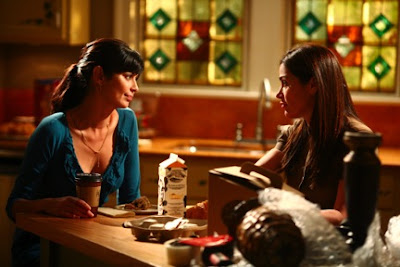 Disclosure: I was not financially compensated for this post. I received a sample of the product for review purposes. The opinions are my own, based on my personal experience with the product.
posted in Entertainment
1 Comment »