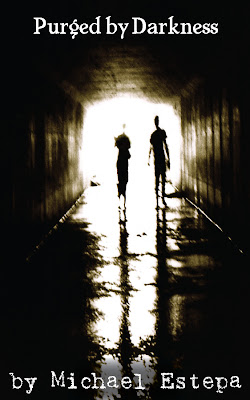 Is it true that gang members do not hurt people that are not gang members or is that just a myth?
This is a tricky question because the moral values on human life for organised crime gangs throughout the world are different. In the research I did on organised crime for my book, Purged by Darkness, as well as my personal experiences, I have found that each crime gang treats their values on human life according to how much heat they are willing to take from the law.

Traditionally, gangsters, especially the older and higher ranked gang members will not touch anyone not involved in their world. In times of conflict, especially with rivals, it is hard to say whether or not they would go after family or friends. This really depends on how desperately they want to wipe out a key member because if going after their family/friends will lure them out into the open then chances are – they will. I know for a fact that there is an unspoken rule in the Australian underworld that no one who is not part of their world is to be harmed regardless of the situation. This rule of course depends on certain circumstances. If you owe them money and are refusing to pay up, have you dishonoured them, have you witnessed something and are now working with the police etc.

Then again, there has always been certain organised crime gangs who will target anyone for the smallest infractions or for no reason at all. A clear example of this is the South and Central American drug cartels. These drug cartels will kill anyone who opposes them, and yes that includes government workers such as police, mayors, journalists, anyone. Families have been wiped out (parents, siblings, relatives who are not part of that life) to make a point and to send a clear message to anyone who stands against them.

Michael Estepa is the author of the book, Purged by Darkness.
Purged by Darkness revolves around six friends in Melbourne, Australia, and their journey inside the organized crime syndicate known as the Triads.
In the gang lifestyle, honor and absolute loyalty is demanded of all members, while fear, death and betrayal often follow. Th e groupâ€™s friendship endures as the six try to define their lives interweaved with their life of crime. In their world, no one ever wins and everyone involved finds it too difficult to ever get out. To them, the city represents violence and the countryside, peace.
In this strange existence, love and loyalty among the friends flourish because they can only depend on each other. But friendship is pushed beyond all normal limits, as danger waits at every turn.
What is it like to live in a world of death and violence? Is every moment cherished because it could be the last? Finally, what does it take to survive life in the mob?

For more info about the book or author please visit: www.MichaelEstepa.com