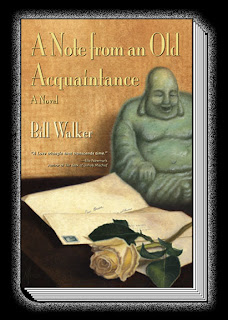 One of the most difficult aspects of writing, in my humble opinion, is dialogue. It is also one of the most important. In fact, I would wager that most people wouldn’t care to read a book without it. So, how does one develop an ear for dialogue? After all, we hear people around us speak all day long, every day. Dialogue should be a snap, right? Wrong. In real life people speak in fragments that would look awful on the printed page and sound even worse in the reader’s mind, and I’m not even counting if it makes sense or not. Your dialogue must serve the story and can’t afford to waste time going off on tangents like all of us do in real life.When I first endeavored to write professionally, while I could turn a decent descriptive phrase, or two, dialogue was my weak point, my Achilles heel, as it were. It sounded phony, stilted and wooden. No matter what I wrote, I hated the dialogue. And then I started using a technique that seems to work for me. I started casting my characters in my mind, using either real people, such as people I knew or famous actors and actresses, or simply vivid constructs, and assigned them voices and accents. I then deliberately imagined each scene as a little movie of the mind, to be played over and over again as I tried different lines of dialogue. Now, this may seem like a no-brainer, but this may not work for everyone. Because of my desire to be a filmmaker I tend to think cinematically.Once you start doing this, and it will still take practice, the dialogue will flow more naturally, because you as the writer will inhabit the role of each character as you write them. In effect, you become the ultimate actor. One thing you should avoid, however, is too much dialect. While Mark Twain got away with it, modern readers don’t want to wade through pages of words with strange and unique spellings. Instead of making your characters more vivid, you distract the reader, pulling them out of the story. And you NEVER want to do that, if you can help it.

Through my little cinematic technique you can use normal language, slanting a word or two, or using certain phrases unique to that character to make him or her sound Irish, for instance. They don’t have to speak like the Lucky Charms leprechaun and in fact they shouldn’t, unless you want to stray into the land of clichÃ©. In any event, give my technique a try and see if it works for you.

Bill Walker is the author of A Note From An Old Acquaintance.

Here is some info about the book:

Brian Weller is a haunted man. It’s been two years since the tragic accident that left his three-year-old son dead and his wife in an irreversible coma. A popular author of mega-selling thrillers, Brian’s life has reached a crossroads: his new book is stalled, his wife’s prognosis is dire, and he teeters on the brink of despair.

Everything changes the morning an e-mail arrives from Boston artist Joanna Richman. Her heartfelt note brings back all the poignant memories: the night their eyes met, the fiery passion of their short-lived affair, and the agonizing moment he was forced to leave Joanna forever. Now, fifteen years later, the guilt and anger threaten to overwhelm him. Vowing to make things right, Brian arranges a book-signing tour that will take him back to Boston. He is eager to see Joanna again, but remains unsure where their reunion will lead. One thing is certain: the forces that tore their love asunder will stop at nothing to keep them apart.
Filled with tender romance and taut suspense, A Note from an Old Acquaintance is an unforgettable story about fate, honor, and the power of true love.
To learn more about the author or his new book, please visit his website.
posted in Guest Posts
0 Comments »