How I Handle Rejection 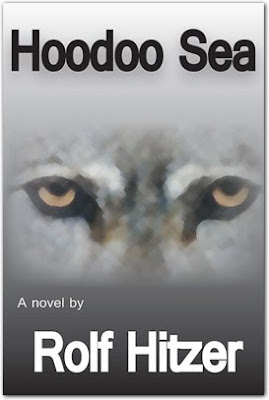 Letter number twenty-three arrived today, another agent response, this one from New York, no less. I shuffled the envelope and continued to check the other mail that had been delivered today. Nothing but bills, I shrugged. I close the front door and amble my way to our kitchen. What is it about me that had changed?
I slapped the letters of the day on the kitchen counter and opened the door on the faded white cupboard. A nice cold glass of water was needed, I was in no hurry. The big gulp of H2O quenched my thirst, for the moment. I glanced at the return address on the top piece of mail. Uh-huh, New York, New York, the city that never sleeps, the center of the universe.
Hmmm, letter number twenty-three. When did I start counting? I exhaled a long sigh and picked up the traveled envelope, poked a hole in the corner of it with my finger. With care, I slid my digit along and ripped open the envelope. Pulse rate? No change.
I read the letter, another agent thrusting a dagger in my heart. Why was I not enthusiastic anymore about my incoming mail? The demon, rejection, had its choking grip on me. By now I was capable of handling rejection, but it doesn’t mean I have to like it, though.
What you should know, letter number thirty-two rocked my world. Never, never, never quit.
About the Book
Rolf Hitzer is the author of the book “Hoodoo Sea”.
The government of the United States of America is on the verge of startling the world.

Billions of dollars had been invested in its space program.

And now, the moment of truth has arrived…

Scott Reed is the man for the historic mission. He is the Wing Commander chosen by the elite brass at NASA. The assignment to test flight the first speed of light craft, held top secret, was about to shock the world. The risk? Utter and complete failure. The reward? Being a part of the greatest human accomplishment ever known to mankind.
Major James Harrow, second in command of the four person crew, despised his Wing Commander. Harrow was a proud and patriotic American. What was NASA thinking when they selected a Canadian to pilot the voyage? There was no comparison as to who was the better skilled aviator. This was his time, his moment. Major James Harrow was about to prove to everybody they were wrong to bypass him as Commander.

The weather conditions were perfect and lift-off for the test flight was text book. The triumphant cheers from Mission Control in Houston were echoed all the way to Cape Canaveral. The silent fear of the first hurdle of the flight had been succumbed. All systems were go! That is, until the crew and SOLT-X1 entered the Bermuda Triangle…