For the month of May, Hachette Book Group is celebrating Latino Books and is sponsoring a fabulous Latino Book Month Giveaway! Included in this prize are the following five books: 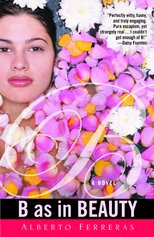 B as in Beauty by Alberto Ferreras

Everyone in the world, it seems, is either prettier or thinner (or both) than Beauty Marie Zavala. And the only thing “B” resents more than her name is the way others judge her for the extra 40 pounds she can’t lose. At least she has her career. Or did, until she overhears her boss criticizing her weight and devising a scheme to keep her from being promoted. Enter B’s new tax accountant, a modern-day matchmaker determined to boost B’s flagging self-esteem by introducing her to rich, successful men who will accept her for who she is. As B’s confidence blossoms, so do her fantasies of revenge. But will B find true happiness or true disaster when she unwittingly falls for the one guy she shouldn’t? 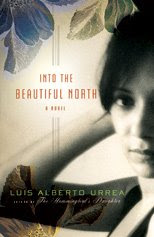 Into the Beautiful North by Luis Urrea

Nineteen-year-old Nayeli works at a taco shop in her Mexican village and dreams about her father, who journeyed to the US to find work. Recently, it has dawned on her that he isn’t the only man who has left town. In fact, there are almost no men in the village–they’ve all gone north. While watching The Magnificent Seven, Nayeli decides to go north herself and recruit seven men–her own “Siete MagnÃ­ficos”–to repopulate her hometown and protect it from the bandidos who plan on taking it over. Filled with unforgettable characters and prose as radiant as the Sinaloan sun, INTO THE BEAUTIFUL NORTH is the story of an irresistible young woman’s quest to find herself on both sides of the fence. 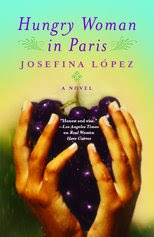 A journalist and activist, Canela believes passion is essential to life; but lately passion seems to be in short supply. It has disappeared from her relationship with her fiancÃ©, who is more interested in controlling her than encouraging her. It’s absent from her work, where censorship and politics keep important stories from being published. And while her family is full of outspoken individuals, the only one Canela can truly call passionate is her cousin and best friend Luna, who just took her own life.

Canela can’t recover from Luna’s death. She is haunted by her ghost and feels acute pain for the dreams that went unrealized. Canela breaks off her engagement and uses her now un-necessary honeymoon ticket, to escape to Paris. Impulsively, she sublets a small apartment and enrolls at Le Coq Rouge, Paris’s most prestigious culinary institute.

Cooking school is a sensual and spiritual reawakening that brings back Canela’s hunger for life. With a series of new friends and lovers, she learns to once again savor the world around her. Finally able to cope with Luna’s death, Canela returns home to her family, and to the kind of life she thought she had lost forever. 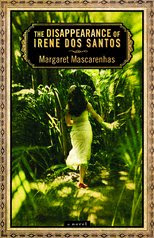 The Disappearance of Irene Dos Santos by Margaret Mascarenhas

Irene dos Santos disappeared at age 15. Believed to have drowned while on holiday with her best friend, Lily Martinez, her body was never found. Now, years later, she appears ghostlike in Lily’s dreams, prompting a quest for the truth behind her disappearance. Mysteriously, Lily, eight-months pregnant with her first child, slips and falls on the same day that the statue of Maria Lionza, Patron Saint of their Venezuelan town, cracks in two. Confined to her bed, Lily is surrounded by her family and closest friends, who agree that a Novena to Maria Lionza will guide the baby’s spirit safely into the world. Together, through their nine nights of prayer, each offers a story to entertain Lily and her baby. What emerges is a vivid picture of Venezuela during a time of revolution and uncertainty-and the unraveling of the mystery behind Irene dos Santos. 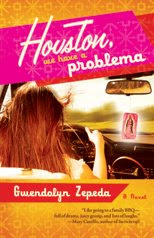 Houston, We Have a Problema by Gwendolyn Zepeda

Jessica Luna is your typical 26 year old: she has man trouble, mom trouble, and not a clue what to do with her life (though everyone else in her family seems to have plenty of suggestions!) After a lifetime of being babied by her family, Jess is incapable of trusting herself to make the right choices. So instead, she bases all of her life decisions on signs. She looks to everything for guidance, from the direction her rearview-mirror-Virgin-de-Guadalupe sways to whatever Madame Hortensia, her psychic, sees in the cards.

When her sort-of boyfriend Guillermo, a gifted unmotivated artist, disappoints her again, Jessica thinks it’s time to call it quits. Just to be sure, she checks in with Madame Hortensia who confirms that yes, it is time for a change. (Who knew $20 could buy so much security!) Right on cue, Jess meets Jonathan; he’s the complete opposite of Guillermo–of all Jess’s boyfriends, in fact. He’s successful, has a stable job….and is white. Jess isn’t sure if Jonathan is really the change Madame Hortensia saw. Sure he gives great career advice, but is he advising her on a career she actually wants? And yes he’s all about commitment, but is it Jess or her mother who really wants marriage?

Jess runs back to Madame Hortensia for advice, but even she is out of answers. Now there’s only one thing that’s certain: no one–not her mother, her sister, her boyfriend or her psychic–can tell her what to do. For better or for worse, Jess will have to take the plunge and make her own decisions if she wants to have any future at all.

Each winner will receive one set of the five books and there are 5 winners!